The following passage, from the opening pages of Thomas Paine’s The Age of Reason has always been one of my favorites. Here, Paine famously lays out the tenets of his religious belief in simple, stirring language:

“I believe in one God, and no more; and I hope for happiness beyond this life.

“I believe the equality of man, and I believe that religious duties consist in doing justice, loving mercy, and endeavouring to make our fellow creatures happy.”

It’s easy to see why these words, clear and heartfelt, are so often quoted. But as usual, Paine is only getting started. Next comes a set of caveats and clarifications:

“But lest it should be supposed that I believe many other things in addition to these, I shall, in the progress of this work, declare the things I do not believe, and my reasons for not believing them.

“All national institutions of churches, whether Jewish, Christian, or Turkish, appear to me no other than human inventions set up to terrify and enslave mankind, and monopolize power and profit.”

Again as usual, Paine leaves us with no doubt as to exactly where he stands on the subject of religion. But it’s what comes next that is, for me, not just the most interesting, but the truly revolutionary part of Paine’s argument. Here, Paine the critical thinker steps beyond the language of creed (“I believe”) and begins to address — and then to question — the nature of belief itself.

“I do not mean by this declaration to condemn those who believe otherwise. They have the same right to their belief as I have to mine. But it is necessary to the happiness of man, that he be mentally faithful to himself. Infidelity does not consist in believing, or in disbelieving: it consists in professing to believe what he does not believe.

“It is impossible to calculate the moral mischief, if I may so express it, that mental lying has produced in society. When a man has so far corrupted and prostituted the chastity of his mind, as to subscribe his professional belief to things he does not believe, he has prepared himself for the commission of every other crime. He takes up the trade of a priest for the sake of gain, and in order to qualify himself for that trade, he begins with a perjury. Can we conceive any thing more destructive to morality than this?”

Paine points out the dangers of what we would today call self-deception — what he, more bluntly, calls “mental lying.”

In fact, throughout The Age of Reason, as in so much of his work — Paine insists on the need to interrogate belief: to ask ourselves exactly where our beliefs come from, why we hold to them — and where they may lead us. For Paine, received wisdom on any subject is always, always — something to be questioned, and frequently something to be resisted. 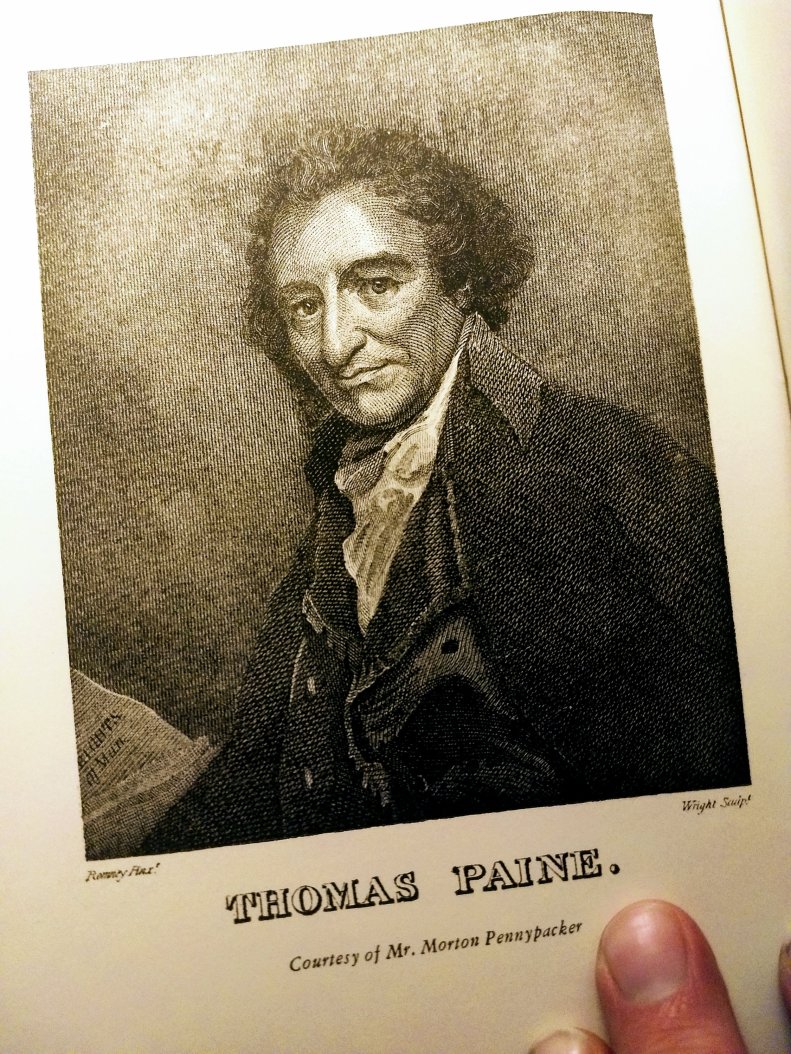 How do cruelty and authoritarianism make their inroads into government and culture? Thomas Paine had some very clear ideas about that. The following passage is from Part One of Rights of Man, first published in 1791.

“When despotism has established itself for ages in a country, as in France, it is not in the person of the King only that it resides. It has the appearance of being so in show, and in nominal authority; but it is not so in practice, and in fact. It has its standard every where. Every office and department has its despotism, founded upon custom and usage.

Every office and department has its despotism, founded upon custom and usage. Every place has its Bastille, and every Bastille its despot.

Every place has its Bastille, and every Bastille its despot. The original hereditary despotism resident in the person of the King, divides and subdivides itself into a thousand shapes and forms, till at last the whole of it is acted by deputation. This was the case in France; and against this species of despotism, proceeding on through an endless labyrinth of office till the source of it is scarcely perceptible, there is no mode of redress. It strengthens itself by assuming the appearance of duty, and tyrannises under the pretence of obeying.” 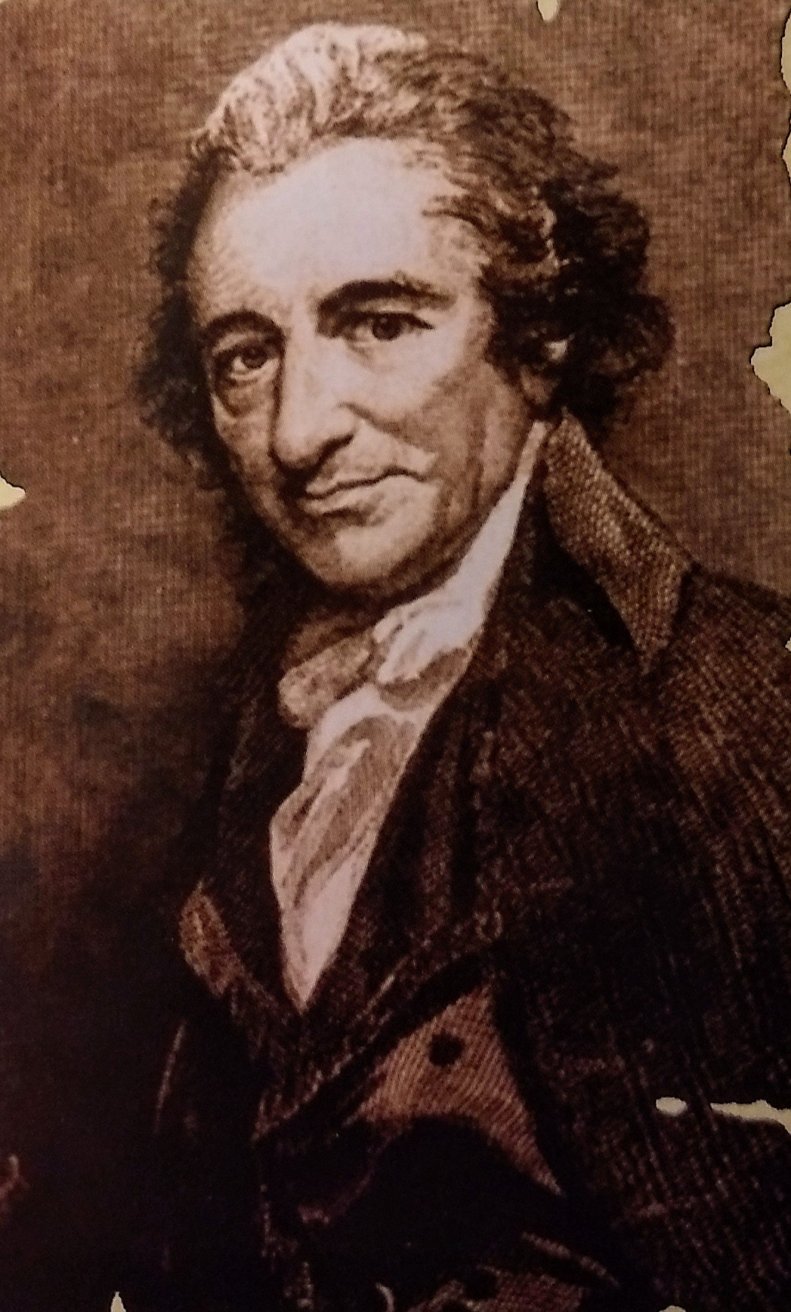 So many of Paine’s words still have meaning and resonance for us today, I’ve decided to add a new regular feature to this blog: weekly quotations from the man himself, most of which require very little explanation. Here’s the first:

“Let them call me rebel, and welcome, I feel no concern from it; but I should suffer the misery of devils, were I to make a whore of my soul by swearing allegiance to one, whose character is that of a sottish, stupid, stubborn, worthless, brutish man. I conceive likewise a horrid idea in receiving mercy from a being, who at the last day shall be shrieking to the rocks and mountains to cover him, and fleeing with terror from the orphan, the widow and the slain of America.” 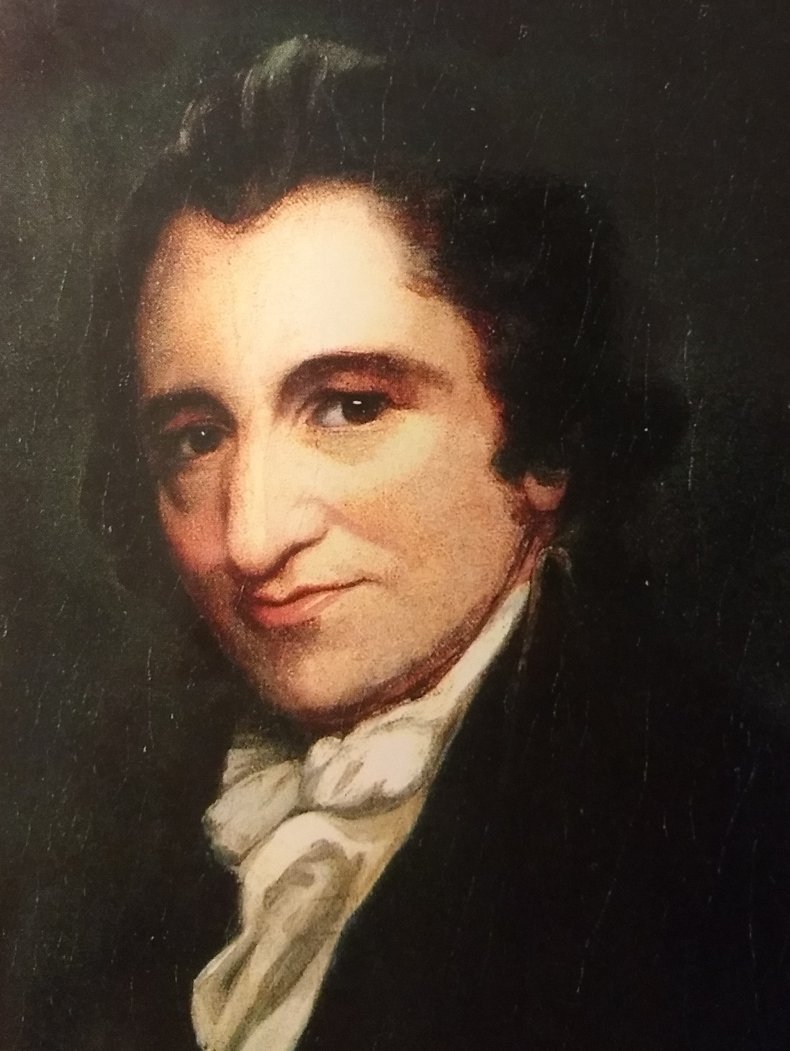 Paine, of course, is referring to George III, but his words may conjure a more familiar figure, or that of any dictator.