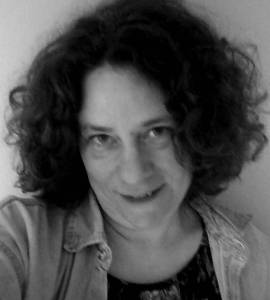 Born in Grand Rapids, Michigan in 1965, Christine Bichler has been writing stories and drawing pictures since roughly the age of five. She holds a B.A. from Aquinas College (1987), an M.A. in English from Eastern Michigan University (1992), and did post-graduate work in American Culture Studies at Bowling Green State University.

Over the course of a checkered career in education, publishing, parenting, and office-temping, she has worked for the EPA; edited reference books on literary criticism; taught literature, composition, and cultural diversity to college students; and written for, edited, and published science-fiction fanzines. She is mother to a teenage son with autism, which has brought many challenges into her life, but has also fed her creativity in unexpected ways.

She began her first blog, Recursive (christinebichler.com) in 2012 with the object of developing writing and research projects while also reaching out to an audience. Her current interests include historical fact and fiction and the many intersections between them, with special emphasis on Thomas Paine, the Enlightenment, and the American Revolution. She lives in Ann Arbor, Michigan.